Located in the beautiful nature inspired, creative village of Eumundi is the iconic Imperial Hotel, home to one of Australia’s first modern microbreweries, Eumundi Brewing Co. So, if you get excited at the thought of drinking ice cold local craft beers tapped direct from the brewery tanks on-site this is the place to be.

The ethos of Eumundi Brewing Company is "true nature in a brew" with the main theme being "local" as it is inspired by the natural hinterland surroundings that has a multitude of incredible local farmers with whom they collaborate to source the best possible local natural ingredients to use in the crafting of their ever popular thirst quenching beers. Eumundi Brewing Co. have done such a fantastic job crafting top quality beer that they have picked up several awards in 2019 from the Royal Queensland Beer Awards (RQFWS) including their famous Eumundi Refreshing Lager, Pale Ale, Ginger Beer and Tiny XPA.

It doesn’t stop there they also experiment by pushing the boundaries when making their limited range such as Cannabock, Orange Blush and Feijoa Sour releases, with plenty more to come this is definitely a brewery to explore.

The Imperial Hotel is a beautiful classic Queenslander with the quirky, colourful and friendly atmosphere of Eumundi which is reflected throughout due to the hotel being highly community-focused and encouraging local artists to create and display their works all over the venue, decorating walls ceilings and even the toilets, it is a feast for your eyes.

They also boast a warm, welcoming beer garden adorned with lush greenery that wraps you in a relaxed vibe to chill out, sip on a refreshing craft beer and enjoy all that this distinct Craft Brewery has to offer. 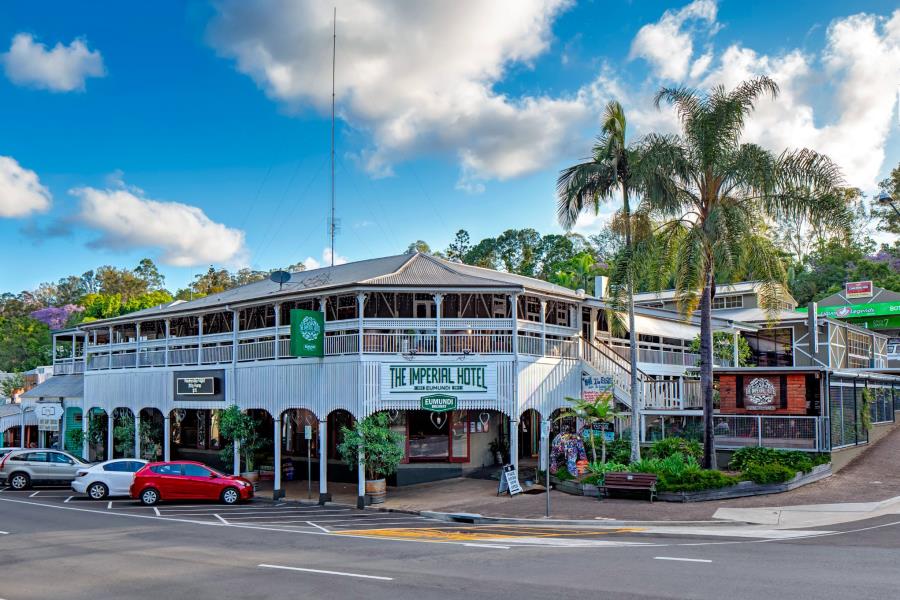 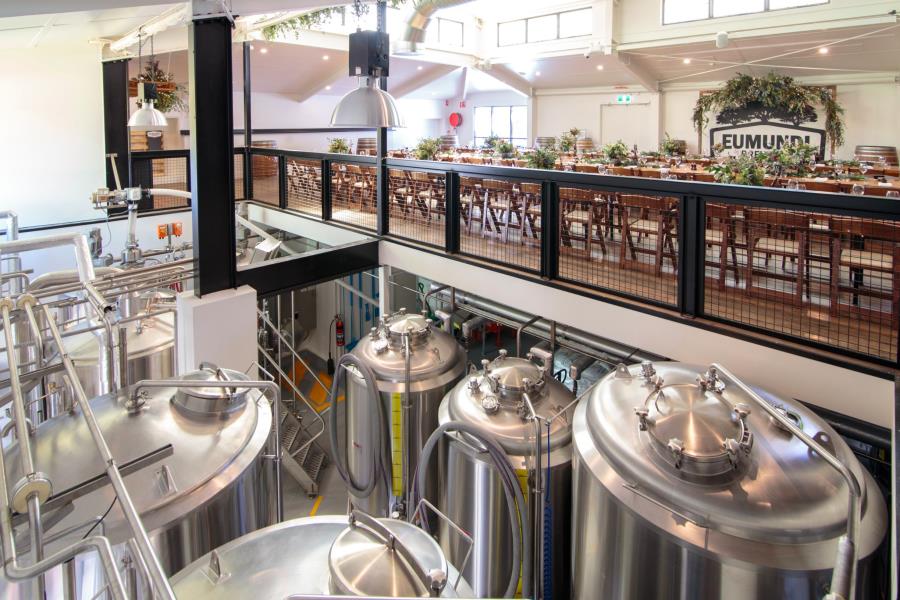